Developed by NewClimate Institute, Germanwatch and CAN, the index ties in with the global Climate Change Performance Index by Germanwatch, a rating of the 58 largest emitters of GHG emissions globally that has been published annually since 2006.

Recognizing the urgency to take immediate action in protecting the global climate, the 21st Conference of the Parties, held in December 2015 in Paris, made a groundbreaking achievement in adopting the goal to limit global warming to “well below” 2°C and to pursue efforts to limit warming to 1.5°C. Under the Paris Agreement, for the first time climate action was anchored in the context of international law. This requires countries to make their own unique contribution to the prevention of dangerous climate change. The next crucial step to follow this agreement is the rapid implementation by the signing parties of concrete measures to make their individual contributions to the global goal. For the past 13 years, the Climate Change Performance Index (CCPI) has been keeping track of countries’ efforts in combating climate change. The varying initial positions, interests and strategies of the numerous countries make it difficult to distinguish their strengths and weaknesses and the CCPI has been an important tool in contributing to a clearer understanding of national and international climate policy.

To demonstrate existing measures more accurately and to encourage steps toward effective climate policy, we evaluated the design of the CCPI this year with several achievements: For the first time, it is monitoring the development of all greenhouse gas emissions of the 56 countries and the EU that are assessed in the CCPI. In addition to that, the index now is suited even better to measure how well countries are on track to the global goals of the Paris Agreement. It does so by not only comparing countries by their development and recent trends in the three categories “GHG Emissions”, “Renewable Energy” and “Energy Use”, but also the 2°C-compatibility of their current status and future targets in each of these categories. The index also continues to evaluate countries’ ambition and progress in the field of climate policy.

The following publication is issued by Germanwatch, the NewClimate Institute and the Climate Action Network. However, only with the help of around 300 energy and climate experts from all over the world we are able to include a review of each country’s national and international policies. The review charts the efforts that have been made to avoid dangerous climate change, and also evaluates the various countries’ current efforts regarding the implementation of the Paris Agreement. We greatly appreciate these experts for their time, efforts and knowledge in contributing to this publication. The experts are mainly representatives of NGOs who work within their respective countries, fighting for the implementation of the climate policy that we all so desperately need.

Developed by Germanwatch, NewClimate Institute and CAN, the CCPI analyses and compares climate change mitigation efforts across 60... 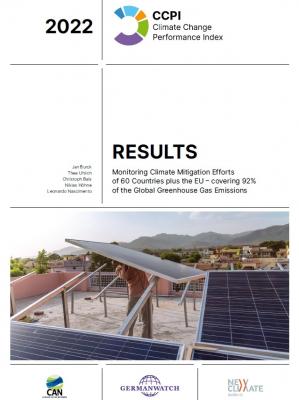 Developed by Germanwatch, NewClimate Institute and CAN, the index rates 57 greenhouse emitters globally since 2005. Foreword The CCPI... 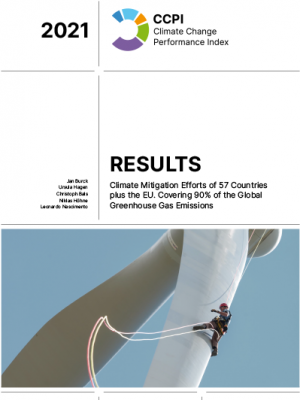 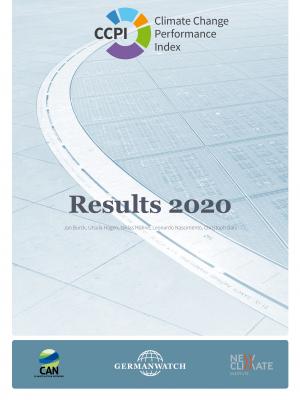 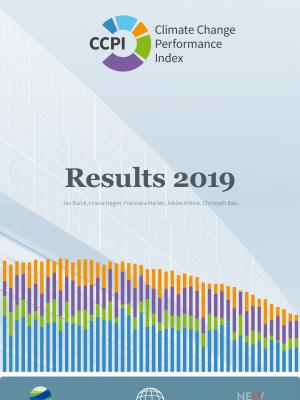 Developed by NewClimate Institute and Germanwatch, the index ties in with the global Climate Change Performance Index by Germanwatch, a... 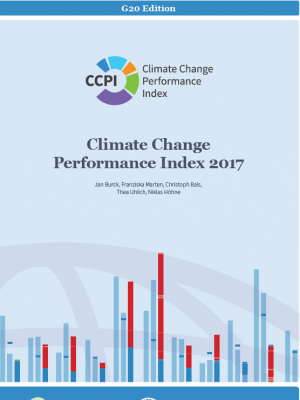 The Climate Change Performance Index is an instrument to enhance transparency in international climate politics. It aims to encourage... 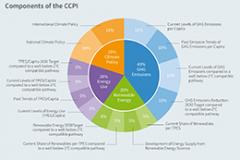