Berlin, 5 July 2022 – New analysis published today shows that major Dutch companies only commit to reduce their emissions by 19% by 2030 on average, falling far short of the requirement to halve emissions by 2030 according to this year’s IPCC’s Sixth Assessment report.

This is the first comprehensive analysis of 29 Dutch companies and financial institutions based on a study commissioned by Milieudefensie. The research was conducted by NewClimate Institute and evaluates 21 companies operating in the real economy and 8 financial institutions to determine the transparency and integrity of their climate responsibility approaches.

The report uses a 5-point integrity scale. There were no companies that demonstrated high or reasonable integrity, and only five that fell into the moderate integrity category - AkzoNobel, BAM Group, DSM, Stellantis and Tata Steel Netherlands. A staggering 24 companies were either in the low or very low integrity category (for the full breakdown of all the companies see the tables at the end).

These 29 companies are highly climate-relevant players in their respective sectors. The average reduction of only 19% by 2030 of their commitments falls short of the emissions reductions needed globally and, in the Netherlands.

Most long-term targets set for the period after 2030 lack clarity, 20 of the 21 companies operating in the real economy have set net zero or climate neutrality targets, but this translates to a commitment to deep decarbonisation for only two of those companies. Stellantis and DSM confirm that their net-zero targets should be interpreted as a commitment to reduce their full value chain emissions by at least 90%. The other companies explicitly exclude significant emission sources, do not specify what emission sources are covered, or rely on offsetting to meet their climate pledges.

Silke Mooldijk of NewClimate Institute, lead author of the report commented that none of the companies have published comprehensive emission reduction plans:

“While we have the impression that the companies provided more detailed information on their reduction plans following the call from Milieudefensie, their plans remain largely insufficient. Many companies’ plans are shallow or do not address key emission sources.”

The research noted some promising developments among financial institutions, in particular with regard to growing restrictions not only on coal investments but also upstream oil and gas. However, none of them fully exclude fossil fuel from their portfolio and many continue to provide financial services for harmful activities in the land use or agriculture sector. Financial institutions urgently need to progress in improving exclusion and engagement policies to accelerate finance for decarbonisation.

The consequences may be grave, if companies continue to set targets that are not as strong as they appear. Regulators may take companies at their word and do not set stricter guidelines and regulations to drive change. Consumers are misled by the potentially false claims of these companies. And investors that care about the climate risk of their portfolios will not understand who is well prepared for the transition.

The report’s findings come amid a surge of awareness and scrutiny on corporate climate pledges in the Netherlands. In a landmark ruling last year, a Dutch court found that Shell’s climate policies violated its “duty of care” for Dutch citizens and ordered it to set more ambitious emission reduction targets. Similarly, the Dutch advertising standards watchdog requested Shell and KLM to refrain from potentially misleading climate neutrality claims. Increased scrutiny and enhanced dialogue in the Netherlands may lead Dutch companies to significantly improve the transparency and integrity of their action, and to demonstrate climate leadership on the global stage. 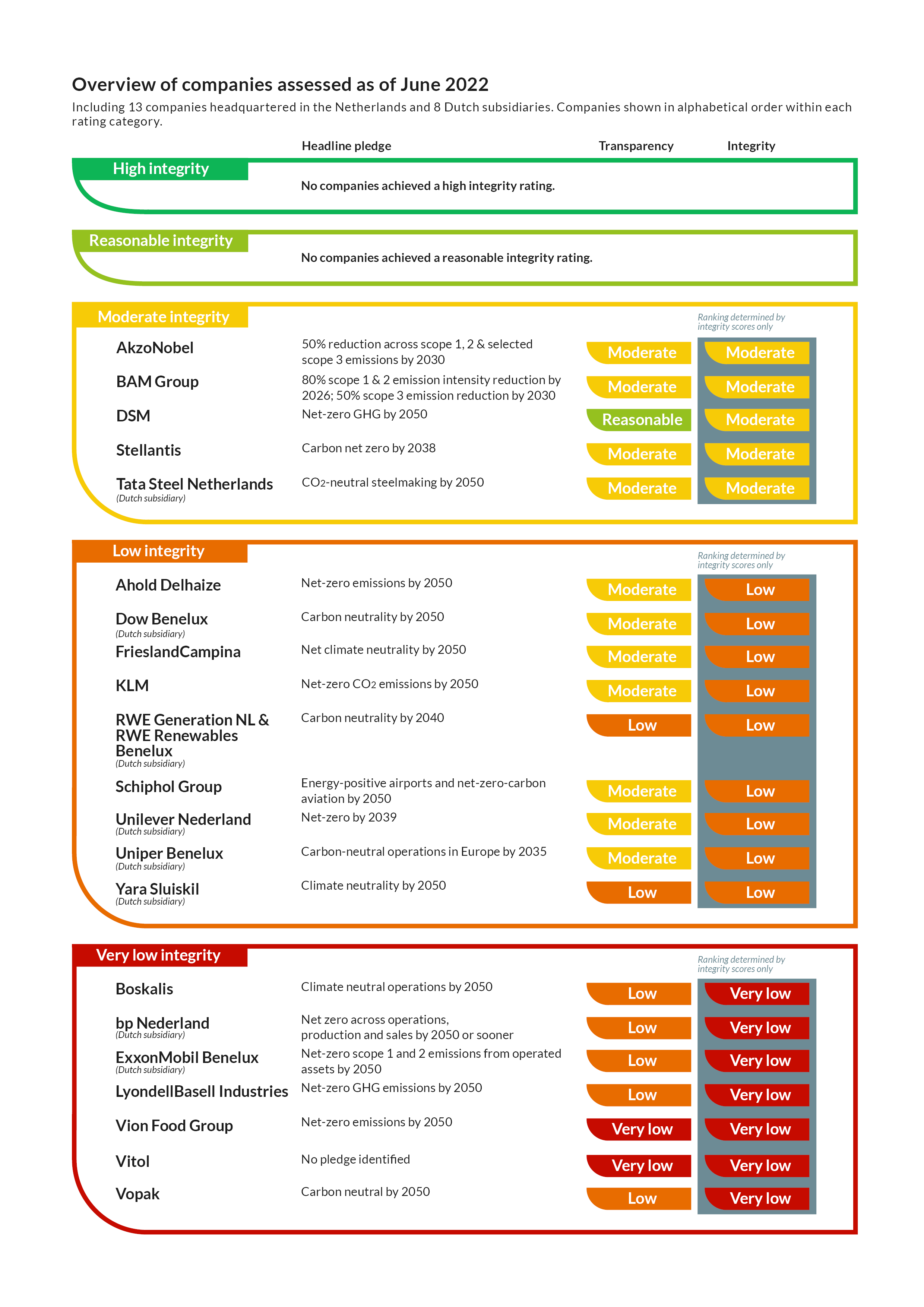 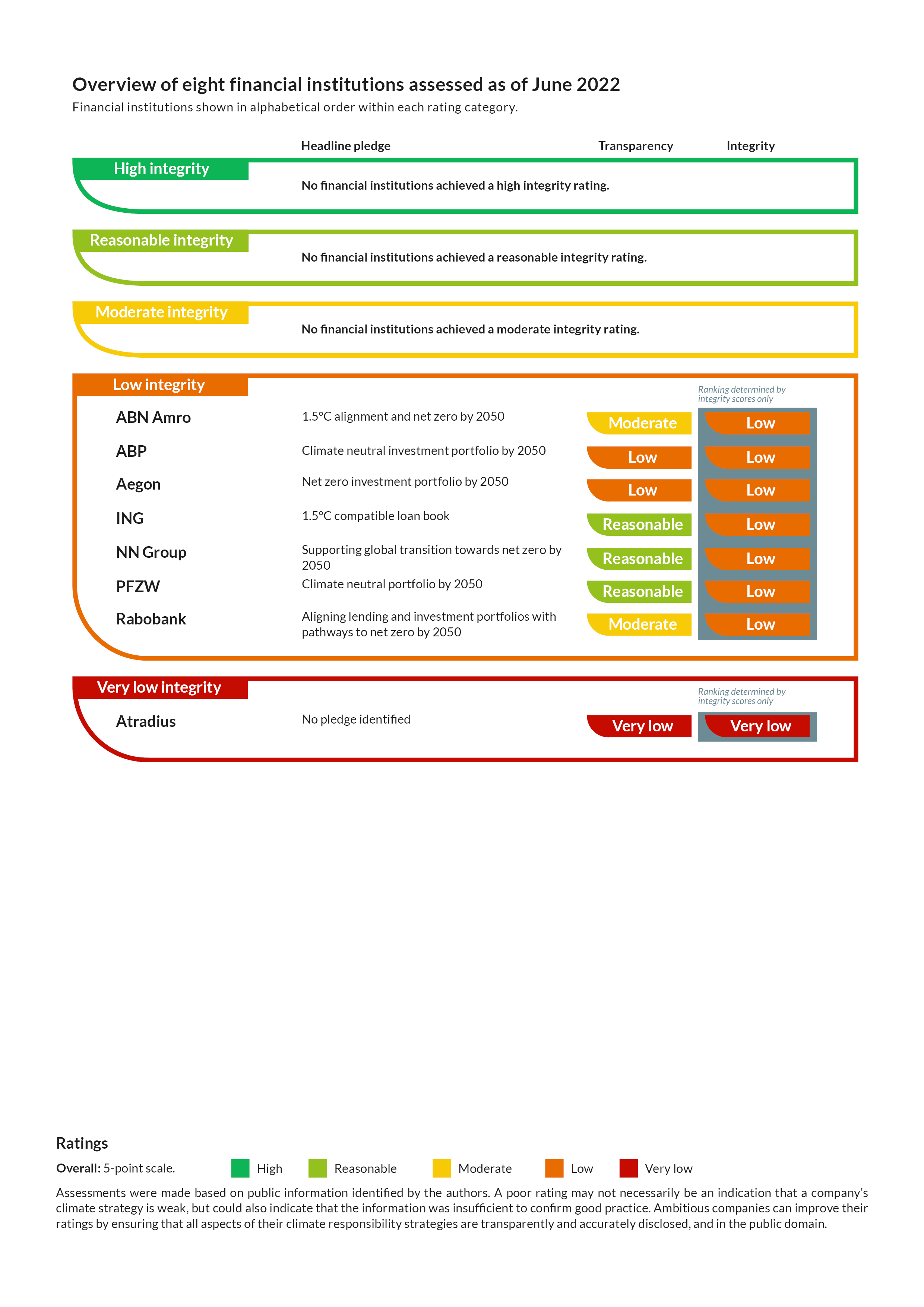 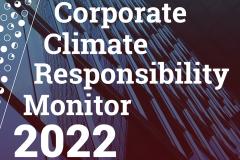 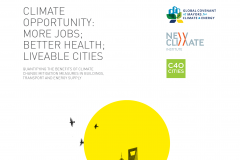 A new analysis of agricultural emissions by the Climate Action Tracker shows that reducing emissions through changes in farming... 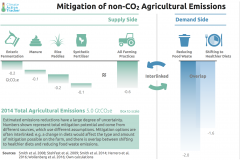