The climate and health double dividend

GO TO THE AIRPOLIM TOOL

An early phase out of coal plants around the world could help avoid over 14.5 million premature deaths from air pollution over the next three decades, delivering an economic benefit of $16.3 trillion. This equates to saving around 426 million years of life, or gaining an additional 20 days for each of today’s 7.9 billion global population. Our new analysis shows the enormous scale of public health benefits of urgently phasing out operating and planned coal plants in 24 countries, covering over 90% of the global fleet. The twin climate and health impacts are shown in an interactive online tool which pinpoints their source in different countries, and allows users to adjust the time horizon, consider different scenarios, and explore right down to the level of individual units.

Existing coal plants around the world are contributing to more than 900 thousand premature deaths per year, pumping out both local air pollutants as well as on the order of 10.5 gigatonnes of carbon dioxide in 2021; a major contributor to global temperature rise. All scenarios compatible with meeting the Paris Agreement’s 1.5oC temperature limit require a rapid decline in coal use, presenting a major opportunity to improve air quality at the same time. The International Energy Agency estimates that global unabated coal use in the energy sector must fall by 55% by 2030 and be phased out entirely by 2040. And last November, Governments from across the globe committed to “accelerating efforts towards the phasedown of unabated coal power” at COP26 in Glasgow.

Our updated AIRPOLIM webtool, which draws on the Global Coal Plant Tracker data of the Global Energy Monitor, showcases the continued health and climate emergency through mapping the impacts of approximately 2,000 gigawatts of coal plants that continue to operate (90% of the global fleet), and another 400 gigawatts still in the planning pipeline.

Poor air quality is a major contributor to health complications around the world, accounting for more than 1 in 9 deaths, or around 6.7 million fatalities in 2019. Coal-fired power plants contribute to this problem by releasing pollutants such as primary particulate matter (e.g. PM2.5) as well as sulphur dioxide and nitrogen oxides, which produce secondary particulate matter. These micro-particles can cross the lung barrier and enter the blood system, negatively impacting the cardiovascular system and also directly causing respiratory illnesses. Our analysis estimates the fatalities amongst populations exposed to increased concentrations of air pollutants from coal plants for four adulthood diseases: heart disease (caused by a narrowing of the arteries); stroke; lung cancer, and chronic obstructive pulmonary disease.

Global adverse health impacts from coal-fired electricity generation are dominated by China. China accounts for over half of the global coal fleet today. Operating coal plants in China alone are causing over 720 thousand premature deaths per year. The operation of existing and planned coal plants in China could cause in the order of 21 million premature deaths over the coming three decades without measures to curtail their construction and use. Despite signing up to the Glasgow Climate Pact last year, China continues to channel significant investment into boosting its domestic coal industry, with the China Electricity Council (CEC) forecasting installation of a further 180 gigawatts (approximately 10% of currently operating capacity) of coal-fired power before 2030, and ongoing concerns that Russia’s invasion of Ukraine may drive it to further boost domestic reliance on coal.

Outside of China, fellow Asian countries – in particular India, Indonesia, Bangladesh and Pakistan – account for most of the remaining share of projected premature deaths from coal power around the world. If steps are not taken to limit the use of existing coal plants and prevent the construction of new ones, coal plants in Asia (outside of China) could potentially contribute to a further 7 million premature deaths between now and 2050.

An early phase-out of coal, in line with phase-out dates that are based on regional pathways considered by the IPCC Special Report on Global Warming of 1.5°C, could contribute to avoiding 14.4 million premature deaths, or saving 423 million years of life from plants in Asia alone, by mid-century. In our ‘early phase-out’ scenario analysis OECD countries phase-out coal generation completely by 2031, with non-OECD Asian countries removing coal from the power mix by 2037. Implementing a phase-out even earlier than these timeframes would further boost the potential health benefits.

Weaning off existing coal plants is the key challenge, but simply stopping any new construction can still avoid millions of premature deaths

Existing coal plants, if allowed to run until the end of their lifetime, account for just over 80% of projected premature deaths over the period to 2050, with plants under construction making up a further 7% of the potential total. However, around 3.2 million premature deaths (11% of the total) could be avoided simply by stopping building any new coal plants.

Avoiding construction of any new coal-fired plants and implementing a rapid phase-out of all operational units is critical to limiting global temperature rise and avoiding catastrophic socioeconomic impacts. Bringing about an urgent end to dependence on coal to meet our electricity needs could help prevent vast numbers of deaths in the coming decades. And whilst transformation of existing energy sectors and the huge scale up of low carbon technologies presents their challenges, we have the technologies and know-how to deliver a rapid coal phase-out. Our new analysis provides a very tangible wake-up call to action. We urge policy makers, investors and civil society to use the overwhelming evidence of the health benefits of putting an end to coal-fired generation to inform their decisions and actions. 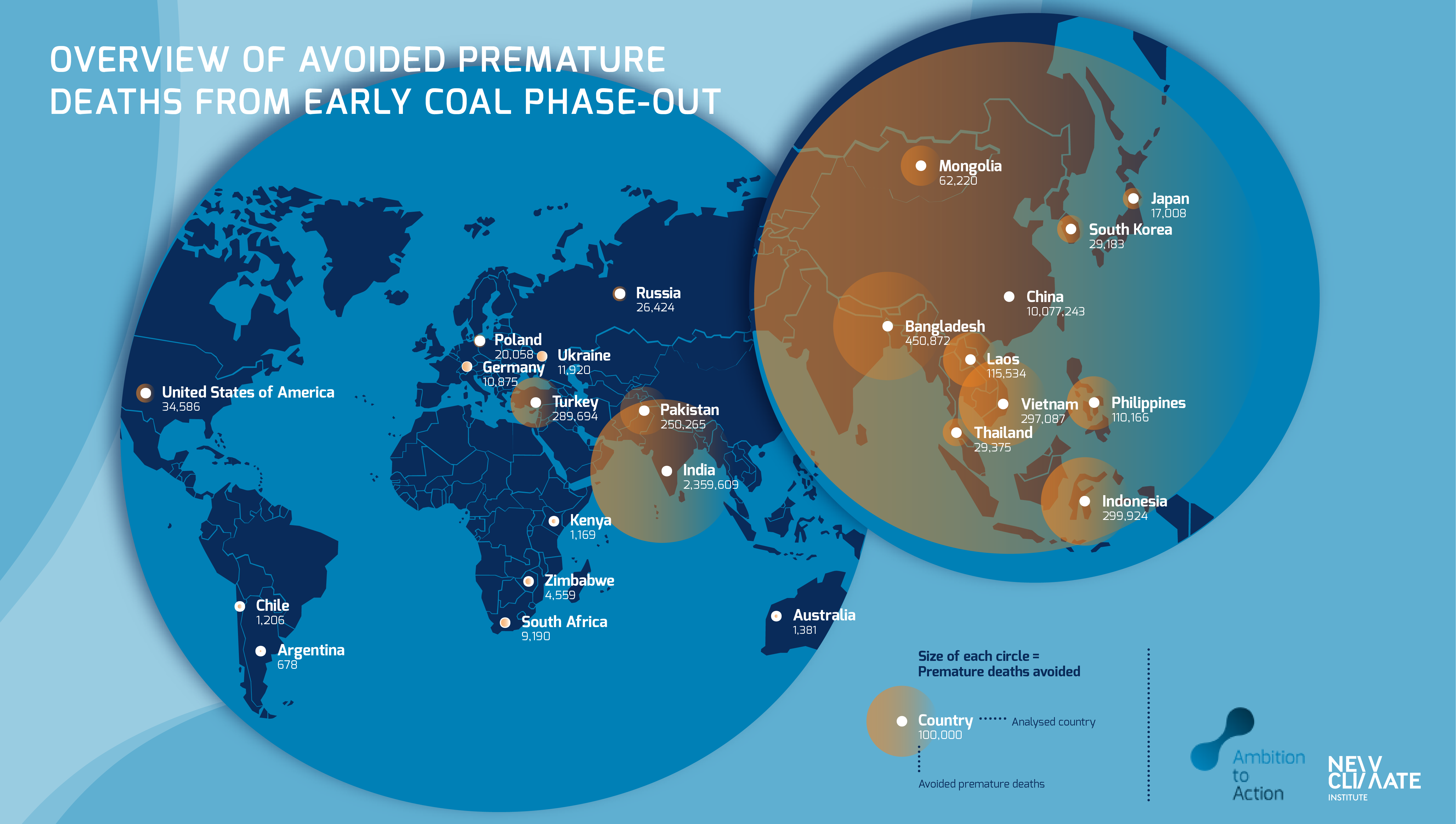 Background to the tool

The AIRPOLIM webtool provides an interactive dashboard to identify the air pollution health impacts from all existing and planned coal generation units in 24 countries, which account for over 90% of global coal capacity. Users can examine health impacts and emissions under a range of different configurations, including the time horizon, the status of the unit and whether the country follows an early phase-out pathway. The webtool can serve as a starting point for more detailed, scenario-specific analysis. More sophisticated users can download the Excel version of the tool (see ‘About this tool’ tab, which also links to accompanying guidance documentation) and tailor their own analysis to better understand the implications of different trajectories for the coal fleet in a country, as well as detailed assumptions on elements such as plant emission factors and operating hours.

NewClimate Institute’s AIRPOLIM-ES (Air Pollution Impact Model for Electricity Supply) was developed under the Ambition to Action project, with funding from the International Climate Initiative (IKI), and is part of the COMPASS toolbox. It uses an accessible methodology for quantifying the health impacts of air pollution from different sources of electricity generation and other fuel combustion that can be applied in multiple countries in the form of an open-source Excel tool. The first version of this tool focuses on electricity generation from coal- and gas-fired power plants. We derive economic estimates of the impacts of premature deaths using country-specific estimates of the value of a statistical life. 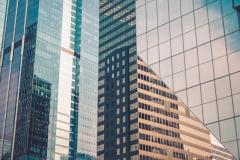 This blog is part of a series debunking ‘myths’ about trade-offs between climate action and development. It is intended for decision... 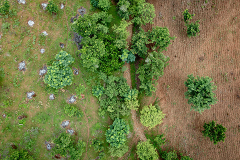 This blog was first published in German. In the wake of the Russian invasion in Ukraine and the resulting energy crisis, in June 2022... 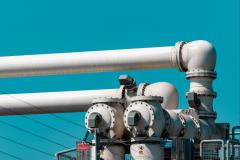